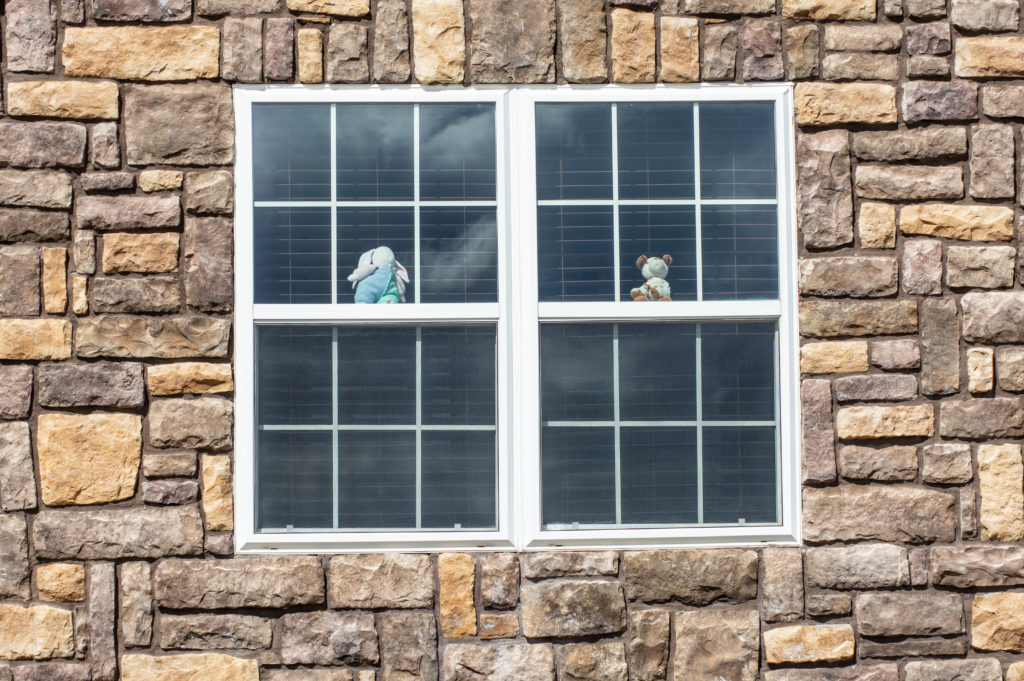 It began with one photographer asking, “How will the children be represented in this crisis?”

During any calamity, local or worldwide, people do their jobs. The worldwide pandemic of COVID-19 is no exception. From healthcare workers to policemen, the work carries on. And photographers? Their job is to document it.

An Idaho-based photographer, I was in the middle of my final photography project for my Master of Arts degree from Falmouth University when, like so many other things, face-to-face photography was completely disrupted by COVID-19.

I knew I would have to find a new project, so I started to turn my lens toward what was happening around me.

The basic idea is to place a teddy bear (or other toy) in your window with a hope that a child walking or driving by will see it. It’s based on a popular children’s book and song where kids go on a “bear hunt” and they “are not afraid.”

It was an effort to keep kids connected during this time of isolation.

Soon I noticed similar social media posts covering eastern Idaho, then other areas around the United States. When I saw my friend from New Zealand posting about it I thought, “This is getting interesting.”

Unsure of the exact origins, bear hunt posts have been shared thousands of times in many countries. Using the similar social media channels, I began a ‘worldwide gallery’ and hoped people participating would join. Soon, I had collected hundreds of images, from all across Idaho, the United States, and the world.

Bears have historically represented both hope and loss. Teddy bears are given to babies at birth, and placed on gravesites at death. They appear at school shooting sites, and thousands were donated to those involved with 9/11. So it’s fitting that teddy bears have become a worldwide representation of this pandemic we are uniting to fight.

My kids have loved being a part of it. It’s a positive distraction for them while the rest of the situation lies outside of their control. I think it has been just as beneficial for the adults. When someone posts a bear in my group it often becomes personal: bears that comforted them through cancer treatments, bears from loved ones, bears from those serving in the military. It’s more than just for the kids, it’s people connecting with people in a very human way. The images themselves are very symbolic of both isolation AND connection.

The best part of the project: though the project crosses cultural and language boundaries, the images themselves are universal; for the most part you can only identify the country or location from a written caption. This is just one more reminder that we are all ONE WORLD, we are all in this together.

To view more of the photos, go to www.TBearProject.com or to https://www.facebook.com/groups/worldwidebearhunt/.