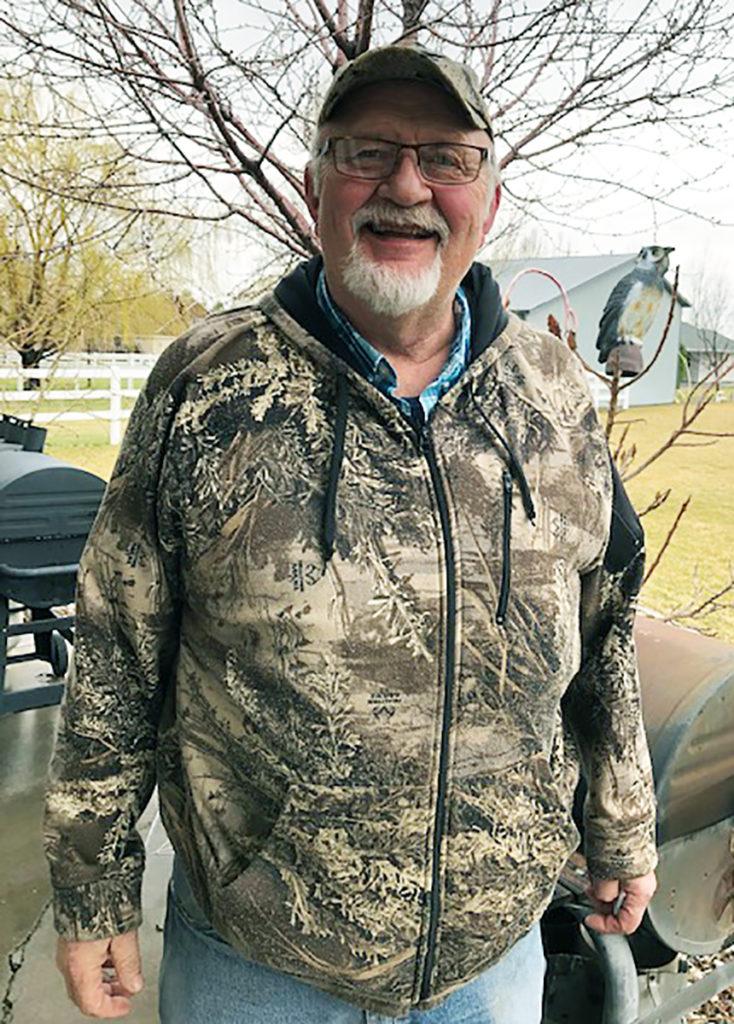 Throughout the fall, winter, and early spring when the sheep producers run their sheep on BLM allotments, the sheepherder usually stays in a sheep camp. The camps can be moved with a pick-up or small tractor. By late spring or early summer, most of the sheep bands move up into the higher country to forest allotments. There are very few roads in some of this country so the sheep camps are traded in for a pack camp, which consists of wall tents.

There are almost always two people with each band of sheep: the herder, who takes care of the sheep, and the camp tender, the one that does the cooking and camp chores.

Once they get into the high country, the owner of the sheep or the foreman will meet the herder and the camp tender each week and bring groceries and other supplies to last them for the week. They will also check to see if there are any problems with predators or trails and make sure there is enough feed for the livestock.

Once the herder and the camp tender head off in a pack camp, they each have a saddle horse to get around through the country. They will usually have three or four mules to pack groceries and supplies back to their camp and to move their camp.

I would usually try and meet with the herder and foreman when they would come out for supplies to see if they were having any problems with predators. I met one of these bands a number of years ago along the South Fork of the Boise River, where a small creek ran into the river on the opposite side. The road was on one side and the creek was on the other side.

During that winter and early spring, there was lots of snow and rain and water run-off.  The snow melted very quickly. The river was at flood stage and roaring along to the lower country.

After meeting the foreman along the river, we visited a while and enjoyed a cup of coffee out of the thermos. It wasn’t long and the herder rode out of the timber on his saddle horse followed by three pack mules and the camp tender bringing up the rear. They stopped at the edge of the river and studied the roaring, fast-moving water. After a moment, they eased their horses into the river.

I noticed one of the mules was really small, not much bigger than a donkey.

I asked the herder about the little mule and he said his name was Tiny. He said, “He’s little but mighty.”

They all made it across the river with no problems but ole Tiny had to swim most of the way.

Most of the supplies were loaded on the two big mules. Tiny was munching on grass while the two larger mules were being loaded.

After the two bigger mules were loaded, the only thing left was a burlap sack full of potatoes. The foreman put half of the bag on each side of Tiny’s pack and tied it down.

The foreman and the herder made plans on where they would meet the following week; the herder then waved and eased his horse back into the river, followed by the two big mules and then Tiny. The camp tender was in the back again.

They were only a short ways into the river when Tiny’s pack filled up with water and he was bobbing along like a cork and going down the river. He washed down the river and around the corner and into a big pool where the water wasn’t as swift. He swam to the far side to a very steep, rocky place and I thought Tiny was a goner.

But he went up through the rocks at a gallop and cut around the side hill and was waiting on the other side for the horses and mules to get there. He was looking at them as if to say, “What took you guys so long?”

The herder and camp tender checked out Tiny to make sure he was all right and waved a thumbs-up to us across the river.

The foreman yelled across the river, “Well, you got your tators washed.”