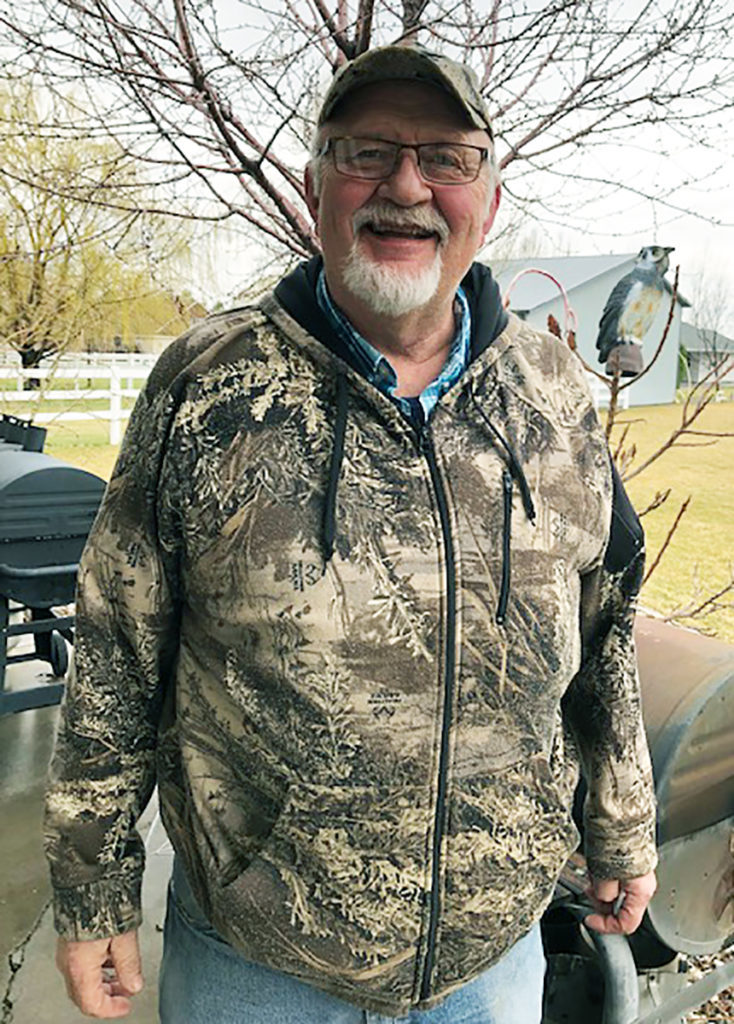 Growing up with a dad that had hunted and trapped all of his life, I understand why he wanted my two younger brothers and me to learn how to read sign – how to follow an animal, learn areas they liked to travel, hide out, feed, and sleep.

I don’t remember how many times he would actually take us back to a place where he had found that a predator had made a kill, and he let us boys follow the tracks and try to figure out what had taken place.

I remember going to a place where an owl had killed a snowshoe rabbit and checking out how the ole rabbit was hopping along and began to run, and after a short distance noticing marks on both sides of the tracks. Dad asked us what we thought? Then as we walked along, tracks explained how the rabbit was just traveling along, and the marks on each side of the tracks were marks left from an owl’s wings. There was a struggle, a short drag mark, and then blood, hair, and what was left of the rabbit.

Another incident took place in Alaska, where a very large grizzly had made a stalk that would have made any bow hunter proud. He was traveling along and had either smelled or seen a cow moose bedded down. Using the wind and cover perfectly, the grizzly slipped in within a few feet of the moose. After a very short charge, he killed the moose and dragged it a short distance and fed on the carcass. The tracks in the snow told the whole story.

There was the time in Montana when a rancher called my dad and said that something had killed five antelope not far from his house. I was able to go along with my dad when he checked it out.

It was late winter and quite a bit of snow was on the ground. Some of the ridges were blown off, with most of the snow stacked up in the draws. The snow had a crust and the antelope were breaking through it. The tracks in the snow again told the story. Several coyotes had moved into the area and were hungry. They would chase the antelope; and when the antelope would try to cross the draws, they would break through the snow and flounder around unable to outrun the predators. With the coyotes able to stay on top of the snow, it was easy for them to make a kill.

Dad and I were on a deer hunt in Montana. We were trailing a little bunch of deer along in the snow. We were easing along as easy as we could, carefully checking the area ahead of us.

Dad would stop now and then and look at a pile of deer scat. He would say, “We’re getting close now, that’s really fresh.” I would stop and look at the same pile of scat that he just looked at. I was thinking that it looked just like the last pile we went by. I finally put my foot in one of the piles and moved my foot around. I still couldn’t tell the difference. I looked up ahead at my dad. He was carefully checking out the area ahead of us. I reached down in the snow and picked up a handful of the little round pellets and rolled them around in my fingers. Still couldn’t tell how fresh they were. I slowly lifted them to my nose and thought maybe a sniff would tell me what I needed to know.

At the first sniff, one of the little pellets shot right up my nose. I started huffing and puffing and was getting really concerned! After about the third or fourth huff, that little pellet shot out of my nose and flew out into the snow. My eyes were watering and bugged out, and my face was red.

I looked up at my dad. He was laughing as hard as I’ve ever seen him laugh. He had tears rolling down his face. I really didn’t see all that much humor in the whole situation. “Was it fresh, Chuck?” he laughed. “Man, that thing had about the same muzzle velocity as your 30-06 when it came shooting out your nose.”

I think about the things I was lucky enough to enjoy with my dad almost every day. I was lucky to have that ole mountain man to teach me all he could.

Posted in Meet the Publisher, Uncategorized