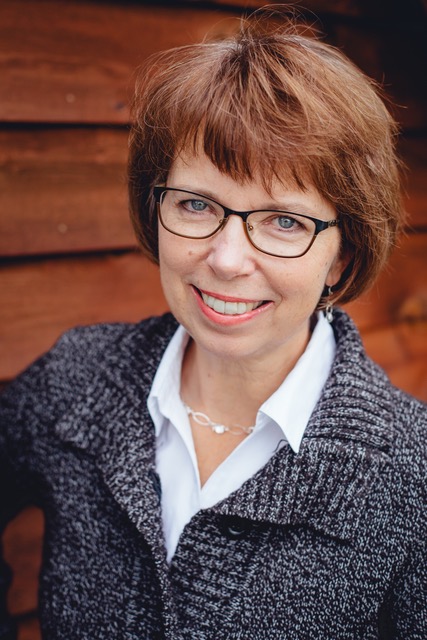 Connie Risser, founder of The Joshua Institute, was a student in the latter category. Now in her late 50s, Risser can still recall the difficult school days when she was overlooked and often blamed for her lackluster academic performances. It wasn’t until later in her life that she discovered she is dyslexic. Suddenly, her school days were put into perspective. It wasn’t that she couldn’t learn. She just couldn’t learn the traditional way that was comfortable for almost everyone else.

Risser has an impressive record of achievement despite her dyslexia. She and her husband Jason are missionaries with Mission Aviation Fellowship. The Risser family – Connie, Jason and their three children – lived and did mission work in Africa for 15 years. In 2004, when Risser’s 9-year-old daughter was unable to read, her mom contacted the Member Care Department of Mission Aviation Fellowship in order to get some help for her child.

As it turned out, both Risser and her daughter have the same learning difficulty. Thankfully, the MAF staff members had recently attended a conference for children where dyslexia was discussed. They referred Risser to the National Institute for Learning Development (NILD.org) and told her, “It would be good for you to come and get some training.”

She did go through their training – all three levels – and realized in doing so that her own academic challenges could be traced back to dyslexia. That knowledge, and the subsequent training she received, were a godsend. The now-informed mom returned to Africa and worked with her child. “Within 10 months, my daughter was reading ‘The Chronicles of Narnia,’” Risser said.

Risser had already acquired a degree in international ministries from Moody Bible Institute. She then went on to receive her graduate degree beginning with NILD, and eventually a master’s degree in education.

Risser was raised in a Christian family in Minnesota and knew from an early age that she was going to be a missionary. Even after leaving Africa and moving to the Gem State, her missionary calling remained intact. After living in Idaho for a few months, someone told her, “There’s an unreached people group here called ‘dyslexic children’.”

Helping students who struggle is still part of her God-given purpose.

She began working with children with dyslexia from out of her home. “I started in my living room with a handful of children,” she said. A year later, she became the founder and director of the Idaho Learning Center, which later changed its name to The Joshua Institute. In 2008, it became a non-profit organization, now 13 years old. In 2015, the Institute moved to its current location at 2150 W. Cherry Lane in Meridian. It survives through tuition, but also through donations and grants to help those who cannot afford tuition. Seventy-five students attend the Institute (either in the TI Academy or individual services), and 15 professionally trained educational coaches work to help them succeed.

Being dyslexic herself, Risser understands the students’ challenges and how they learn best, because they’re just like her. “I am a visionary, a big picture learner. I see the bigger details, with a lot of color and description,” she said. “But memorizing is hard.”

She said she would inevitably do poorly on a multiple-choice exam, but when she first conceived of JI, she could visualize the whole thing in her mind – with “description,” as she puts it. She also feels she’s a communicator, and dyslexia only enhances her ability to get her message across to others.

Describing the methods at The Joshua Institute which benefit the students most, Risser said, “We use methods known to help students with learning difficulties. But it’s very individualized; it is focused on NILD multi-sensory techniques that are research-based and accredited by the International Dyslexia Association. Testing is required for every student. We then look at the data and design a plan that is tailored for each student’s needs. We thrive at closing the gap between what they can do and what they struggle to do.”

The Institute is for any child who’s struggling with learning, according to Risser. She also wants people to know: “The Institute’s Academy is a Christian school.” A child doesn’t have to come from a Christian background to attend. Every child is welcome. But, Risser stated, “We long for every child to know they are dearly loved by God and that He created them ON purpose and FOR a purpose. We get to walk alongside them to help them figure that out.”

As with all schools that are dealing with the consequences of COVID-19, JI put some necessary protocols in place according to State Department of Education specifications; and there are never more than 8 students per class, which automatically helps with social distancing, Risser said.

For more information about The Joshua Institute, go to www.joshuainstitute.org. It’s an all-year institution with a two-month break in late summer. There are often staff openings. “I will continue to need more educational coaches as we grow,” said Risser. Information about qualifications and other relevant job specifications are also available on the website.