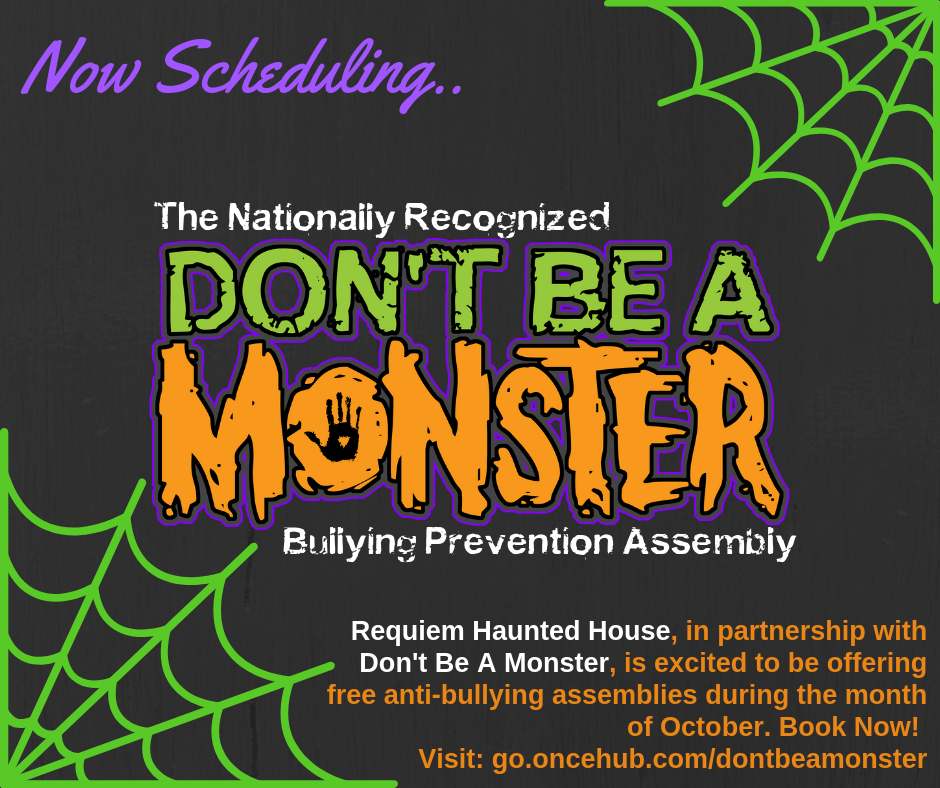 My name is Krista Brower-Wood. My husband, Michael Wood, and I own Requiem Haunted House. We opened Requiem to bring something fun for families to do during the fall season in downtown Caldwell. We have two children, Trinidy and Titus, that work at the haunted house during the haunt season and give us ideas to do in the haunt. It has become a family business.

Requiem Haunted House is the largest haunted house in the Treasure Valley. We are a multi-level attraction. We have scares for everyone, including a blackout maze on one floor. Requiem’s building is over 100 years old, and we have our own ghosts that reside there too. Last year, 2018, we had a paranormal group come in and investigate and we received nine pieces of audio from them.

The most amazing thing happened to us in our second year of operation when we got the chance to become partners with Don’t Be A Monster (DBAM). Don’t Be A Monster is a non-profit that works with the haunt industry, offering free anti-bullying presentations to schools. We could not turn this opportunity down because our daughter was bullied at school, so this hit home for us. We wanted to get involved to help educate children and adults about bullying and spread the message to #BeKind to build better and stronger communities.

Requiem also works hand in hand with the Caldwell Firefighters Stair Climb Team. We offered to let them work at Requiem so children see that firefighters have lots of fun working at a haunt. In exchange, we donate $1 per ticket sold to the team to help them get to Seattle to compete in the Stair Climb competition.

Requiem’s future will consist of ghost hunting, breakout rooms, laser tag, and to be open for other holidays. We have many ideas for the future so keep your eyes out for us.

Requiem Haunted House opened for the 2019 season in September on Friday the 13th at 7:30 p.m. We are located at 810 Main St. in Caldwell. Please visit our website at RequiemHauntedHouse.com for the 2019 season, open dates, times and cost.