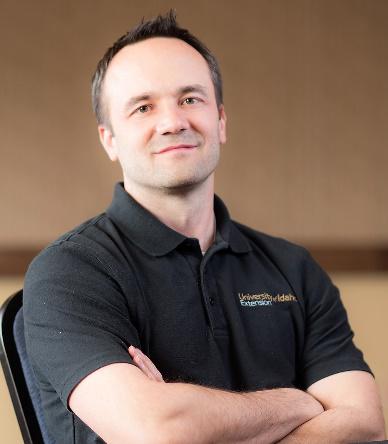 As a transplant from Eastern Idaho about four years ago, one thing I can say is that Boise rarely has a shortage of fun things to do. This December is no exception – theater-goers are in a for a treat. First, and most important, yours truly (who dabbles a bit in theater here and there) is in a community production of Little Women produced by the Music Theatre of Idaho. Get your tickets soon! And a very distant second is that one of the biggest Broadway shows of the last decade, Hamilton, is coming to our town as part of the show’s official North American tour.

I’ll be honest, before Hamilton became a hit, I knew he was on the ten-dollar bill, and heard once somewhere that he was a U.S. Secretary of the Treasury a long time ago. And… that’s it, folks. Nothing else floating around in this noggin about a guy, who, as it turns out, was one of the most influential individuals in early American history.

Historian Richard B. Morris identified seven key Founding Fathers of the United States: George Washington, John Adams, Thomas Jefferson, James Madison, Benjamin Franklin, John Jay, and Alexander Hamilton. Nobody asked me, but I would have added good ol’ King George III to this list, because after all, the revolution never would have happened without him, am I right? (Ya-da-da-da-daaaa….:)

Most of these founding fathers were presidents, and mostly good ones to boot (I know it’s hard to fathom these days). The other one we all know was not a president, but he discovered electricity, invented bifocals, told lots of jokes to lighten the moods of the other founding fathers, and most importantly, has his face on the $100 bill, so, of course no one forgets him. The Jay guy? Hmmm…drawing a blank. It’s very likely that I slept through that day in middle school history class, so he can’t be completely blamed for being sorta forgettable. And last, the other guy nearly everyone missed in history class, “A dot Ham.”

Thank you, Broadway, for resurrecting one of the most important figures in early American history and making him a superstar…and also, for teaching us that the Wicked Witch was really just very misunderstood.

Alexander was the first U.S. Secretary of the Treasury and was instrumental in laying the foundation of what would eventually become the greatest economy the world has ever seen. So maybe it’s not too crazy to think that we could learn a few financial lessons from the guy.

In an article by popular finance bloggers Camilo and Francisco Maldonado (twins, with interesting stories of their own) entitled “10 Lessons About Money from Alexander Hamilton,” we see that the first U.S. Secretary of the Treasury had a few good life lessons we can learn from that could help us in our own financial journeys. I’ll call them the 10 “Dollar Commandments”:

4 Don’t try to do it all by yourself

6 Learn from your mistakes

7 Make the most of what you have

8 Take care of those around you

10 Keep records of your finances

First, Hamilton was orphaned at a young age, but through a combination of friends, hard work, and persistence he was able to secure a solid education, first by reading on his own, and then through formal schooling.

Second, Hamilton knew his values and stuck to them. Similarly, our personal values should dictate everything about our financial plan including career paths, financial goals, and lifestyle pursuits.

Third, the founding fathers questioned the British government’s actions. Similarly, we should question conventional financial wisdom and habits that include large amounts of debt for school, cars, homes, life goals and timelines. Instead let your values and goals dictate what you spend your money on, and thus, how you live your life.

Fourth, Alexander Hamilton was George Washington’s “right-hand man” both during the revolution and during Washington’s presidency. They didn’t always get along perfectly but were nearly unstoppable together. Similarly, we are not on our financial journeys by ourselves. Get help from experts, friends, and family in your goals, and work together to achieve common dreams.

Fifth, money is not an end, it is a means to an end. Hamilton wasn’t in pursuit of money during his life, that was a byproduct of the meaningful life he sought to live. Similarly, money can’t be your goal if you really want to be happy, it should be a byproduct of other life goals you pursue based on your values.

Sixth, as a child there was no blueprint for someone who wanted to be an orphan turned influential revolutionary. It is key to learn from others, but use that knowledge to blaze your own path, don’t try to replicate anyone’s success because ultimately that person’s goals and values will be different from yours. In doing this you’ll make mistakes, but that’s OK, it should even be expected. Simply learn from them and persist.

Seventh, Hamilton had few possessions, friends, or family when he came to the colonies from the West Indies. He didn’t let that stop him. He acted like he belonged everywhere he went, though inwardly he knew that wasn’t the case. But one thing he realized quickly is that few people are as grand, rich, successful or as flawless as they often try to appear. In today’s social media driven society, develop your skill at looking past the apparent wealth and staged happiness of your friends and acquaintances and realize that we’re all pretending to some degree. We’ve all got flaws, debt, challenges of some sort. You belong. You deserve success and happiness as much as anyone else. Indeed, that is the America that Hamilton helped forge.

Eighth, Hamilton’s legacy is in what he left for future generations. Promoting success and happiness for others is perhaps one of the noblest life pursuits one can have. Financial tools such as life insurance and savings accounts can help set up your children for financial success. Trusts, donations, giving of time and energy to a cause bigger than yourself also inspires others. This is likely to bring more happiness and satisfaction to you than most other financial goals.

Ninth, some of Hamilton’s deepest regrets came from times he worked too much and didn’t enjoy life balance between work and family. Work is necessary, and leaving a legacy is noble, but it shouldn’t come too often at the expense of your immediate family and friends.

Tenth, Hamilton took meticulous notes on his reading, his speeches, and even his finances. Keeping records facilitates a master plan that will propel us toward our most important goals for life and finances.

Now, if I may, I’ll leave you with an inspirational quote from the show.
“Everything is legal in New Jersey.” Oops, not that one.
“I am not throwin’ away my shot!” That’s better.

Don’t overthink it. You have one life, one shot. If we can learn anything from Alexander Hamilton it’s that if we spend our lives focused on values and dreams, the necessary resources will follow.

Luke Erickson, Ph.D., AFC®, is an associate professor of personal finance for the University of Idaho. He works and lives in the Treasure Valley with his wife and four energetic children. Contact Luke at erickson@uidaho.edu.