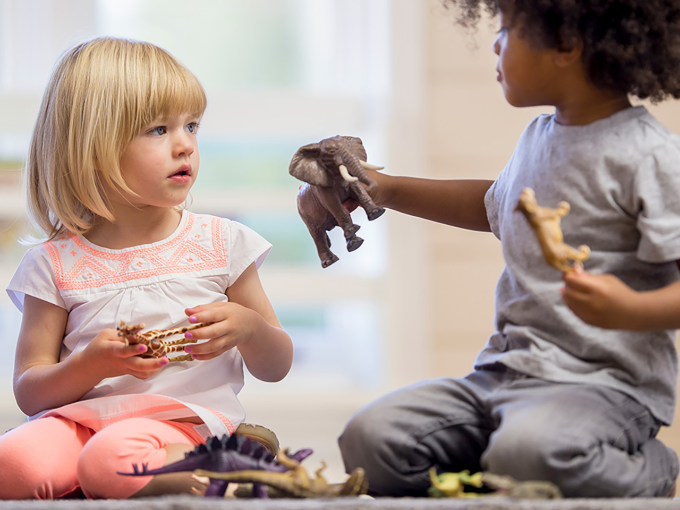 Along with all the other effects of Covid-19 disconnection seems to be a lack of empathy among children. Having worked with youth for over 60 years, I am certain that a youngster’s primary instinct is to notice and care about what other people are feeling. What has changed? Obvious answers include the fact that parents are not modeling empathy to their children. I always had dinner with my children, and would ask, “How do you think it would feel to (have your house burn down?)”
Parents often verbally judge other people and situations. I remember my boys making fun of a friend because he was so different at school that day. I asked, “Since he was one way yesterday and really different today, what do you think happened to him last night?” They told me they didn’t know, so I responded, “Then you don’t have a right to judge him.” The truth is, we don’t know what any other human being is dealing with in terms of their life’s journey. Judging lacks the empathy (walking in another person’s shoes) that asks, ”I wonder what happened to him/her?” instead of a judgment.
Probably the greatest influencer for children is the media. Social media is known for being the cesspool of unkindness due to lack of empathy. It breaks my heart to hear that a teenager or other child has committed suicide because a group of non-empathetic peers thought it was okay to verbally abuse them. How many “likes” one gets becomes so important that individuals crash through the boundaries of moral ethics and common sense to post things that get attention.
Children, especially boys, who play endless shoot-to-kill games and watch a lot of violence, become insensitive to another person being hurt. Often, they have no empathetic feelings when someone is harmed or even being killed. Children who watch too much violent media can become angry and violent themselves. The idea of winning becomes such an obsession that rational decisions, like doing homework or sleeping or eating well, are denied.
Social media has become many children’s method of validating or destroying their sense of self-worth. Image is everything! The number of likes one receives, any comments about body, any reference to body shape literally determines some teens’ feelings of value.
It is important to control the use of media with children. Monitor what programs they are watching, what video games they are playing, and limit the number of hours they are engaged in some form of media. Have random checks of conversations on their phones or computers. Treat the use of phones at home like a library; have a basket where phones go after school and remain until homework is completed. Because media consumption is so addictive, you will not be popular (especially with teens) for holding the line with boundaries and consequences – but you may literally be saving your child’s life.
Speaking for my generation, the elderly, I would ask the “youngins” to be empathetic to how difficult it is to become an elderly person. Not only is health a concern, but there are feelings of isolation and disconnection that happen. Our world is literally different from yours, so our language, interests, songs, and memories are categorically apart from you. No one seems to care about the myriad of stories we can tell from our extensive life experience. Sometimes we tell the same story twice…or maybe even three times. At the risk of hearing it four times, it is both empathetic and kind to ask, “What was school like for you, Grandma/Grandpa?” or “Didn’t you used to ride horses?” I remember my grandson asking, when I took him to dinner one night, “What was it like to spend your summers on Catalina Island?” He didn’t get to talk again that evening! I told him several fun stories about his father at the island. And, I felt both heard and loved because he invested a moment of interest in me.
Ask your children what it would feel like to be the only African-American child in a school, to be taller/shorter than any of the other kids, to have a speech challenge or be autistic, to not be good in school, to not be good at sports, to be different in any way. Empathy means to feel what someone else might be feeling. It means to care about the feelings of other people. It means to stop being self-centered and selfish, and THINK about what you say to or do to interact with other people. It means to be kind or be quiet. It means to be a loving person who makes the world more livable each day. These things are taught best by MODELING them to your children, and by asking them, “What do you think it would feel like to __?” Empathy begins with you.

For more than 60 years, Sandy McDaniel has been an international speaker and recognized authority on families and children. Author of five books, columnist, founder of parentingsos.com, she is a resident of Meridian and loves spending time with her three Idaho grandchicks. She may be reached at sandy@parentingsos.com; or go to YouTube:Sandy Spurgeon McDaniel to see videos on specific parenting issues.