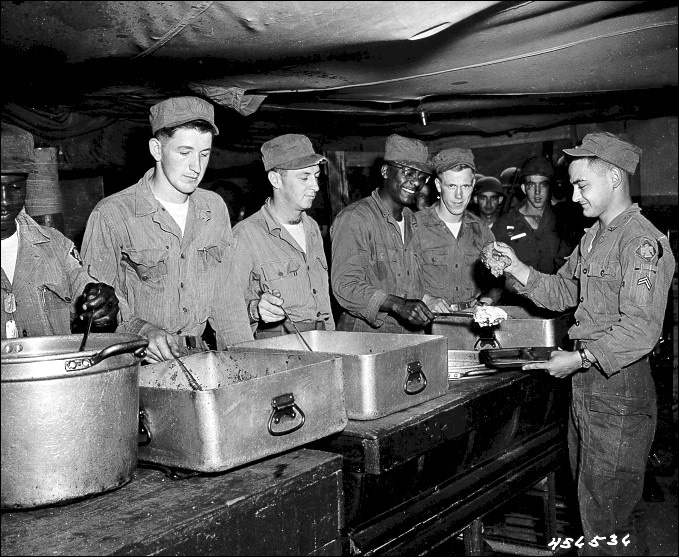 There were six of us living in an isolated compound of green Quonset huts not far from the Korean Demilitarized Zone: a staff sergeant, two engineers and three announcers – two Army, one Air Force. It was 1969 and we were the voice of the U.S. Army’s Second Division; we were Radio Tomahawk.

Our 10,000-watt AM radio station was a part of the American Forces Korea Network, the largest military radio and television network in the history of American military broadcasting. For my small part, I was the morning man, the guy who played the music of an America that was thousands of miles away to a division of soldiers for whom the radio was their only way to keep in touch with “the world.”

We worked three shifts – morning, afternoon and evening. The evening block was called the “Letter from Home” show and had been a part of our station’s history since the Korean War. It involved reading letters on the air mailed to our station by wives or sweethearts to their loved ones serving in the Second Division and to play songs requested in those letters.

It was one of those touching letters that brought home the fact that we were headed into the winter holidays, Thanksgiving and then Christmas. I have long forgotten who wrote the letter or for whom it was written. I do remember that it was like a verbal battering ram, breaking down the collective protective mental wall that, in normal times, insulated and isolated us from thinking too much about home. But now we were half a world away from our families and friends who would be celebrating the holidays without us.

Ultimately somebody caught the homesick bug, which quickly infected us all. The cohesiveness of our station began to break down. We bickered over nothing and nearly everything. Found fault in each other’s on-air work. Shirked our off-air duties. Our well-oiled routine became monotonous drudgery. Our small, cooperatively-funded bar regularly ran out of beer and whiskey before the night was over. Yet oddly it was alcohol that may have saved the day.

One evening someone, in a moment of alcohol-fueled truth, admitted to being sad about being away from home during the holidays. From that rivulet a river of sadness washed over us. We began to talk about home, Thanksgiving or Christmas dinners and our friends and families. It was a sort of verbal baptism, cleansing the weeks of anger and pent-up longing for home. There were heartfelt, if not self-conscious hugs, tears and stories of home and of families. We were young men experiencing an unfamiliar closeness, of family, within our group.

I have no idea who suggested it, but we decided we each would contribute to cooking Thanksgiving dinner. Because of our isolation, we were self-contained with our own kitchen facility. Fresh food was routinely delivered to us and cooked by a wonderful Korean gentleman whom we paid out of pocket. But in the case of Thanksgiving, he would be off and we would go it alone.

We agreed to syndicate the job of cooking a turkey to the closest mess hall. They had the bird, the ovens and the skills we lacked. That freed us to work on side dishes. We wrote letters home asking moms, grandmothers, aunts, dads, anyone who ever cooked our favorites at the holidays, for recipes. And then we waited…and waited, hoping that the mail would come before Thanksgiving.

Ultimately, responses began to trickle in, some doable, others way beyond our culinary abilities. My mom sent a complex recipe on the “not doable” list because it required pickling and days of preparation and, as a result, I was tagged to drive our Jeep the 60-odd mile round trip to pick up our turkey. A blinding snowstorm and unpaved gravel roads made it a grueling four-hour drive. The others began working on the side dishes. Youthful enthusiasm was abundant; cooking skills, limited.

The turkey and I returned early afternoon to an array of traditionally named, but unusually prepared dishes. It was a complete meal with sweet potatoes, stuffing, cranberry jelly and of course the mandatory mushroom soup-based green bean casserole…sort of.

We were young men and planning was not our strong suit, which of course meant some of the key ingredients for the aforementioned dishes were never located and creative substitutions were made instead. Our sweet potatoes were made from lumpy instant mashed potatoes and pancake syrup, the gummy baked stuffing made with fresh bread. Our “cranberry sauce” was grape jelly from our supplies and the green bean casserole? Well, canned string beans in a viscous grey gravy with cornflakes baked on top weren’t exactly what any of us expected. Yet we ate everything until we hurt, laughed until we cried and shared a closeness only soldiers far from home can understand.

That Thanksgiving was over half a century ago, yet I still remember it as one of the best of my life. I would go on to have holidays with my parents and then with my own wife and children. I recall them all with fondness. But somehow, that odd collection of dishes served in our small Quonset hut, with a snow storm howling at our door, remains one of the best. For one small slice of time, we were not soldiers, but a family of brothers giving our own personal thanks for one another.