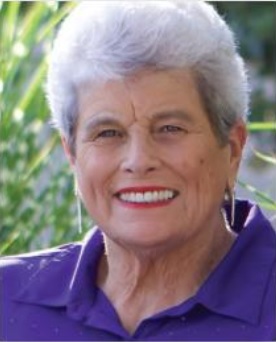 As I’ve mentioned in prior columns, I am a super-fan of Mr. Fred Rogers. His message was about teaching children to feel their feelings and that it was acceptable to express feelings. I cringe when I hear a parent say, “You need to man-up!” Translation for that is to swallow your feelings and not feel or express them.

I think there are appropriate ways to express feelings and inappropriate ways as well. Throwing a temper tantrum in the store because your mother said no to buying candy is not appropriate. Crying because Daddy went to work and you will miss him is appropriate and needs to be re-directed so it doesn’t become a drama. Re-directed means that when a child picks up another child’s toy, you pick up a different toy and begin to play with it; the child is re-directed to a better choice. Sometimes, you can re-direct a child’s sadness by holding the child and then re-directing with a positive idea, such as, “It hurts in your heart. Just breathe and let the sadness move through your body (silence). Breathe… Are you ready to help me (make dinner, make the bed, etc.)?” Re-direct.

I had a hard time feeling my feelings when my children grew into their teens and all the energy that had been directed to me (single parent) was channeled to their friends. Now, many years later, I am experiencing the same feelings with my teen and almost-teen grandchildren. Once greeted by bouncing children, happy to see me, I now receive a half-hearted, “Hi, Bam…”

A technique I learned in years of life studies was to replace a negative or painful thought with a positive one. So, for example, when it hurt my feelings that Nick, my 14-year-old grandchick, would ignore me, I went to the window and envisioned a particular time; I had arrived at the Boise airport and could see my family behind a plexi-glass frame. Next I heard my son, Scott, yelling, “No, Nick, you can’t go in there!” Running like a linebacker, 4-year-old Nick sprinted into the restricted area, making a beeline for me. He jumped into my arms and said, “Hi, Bam!”

I give thanks that I have that memory, that I had that time with Nick. Sadness, selfishness and negativity cannot survive when surrounded by gratitude.

When Peggy Bielen and I created Project Self-Esteem, one of the lesson themes was, “A feeling isn’t right or wrong, it just is.” Some parents took exception to that idea, calling certain feelings a sin. My belief (and it doesn’t need to be yours) is that a feeling arrives; it’s what you do with the feeling that matters.

When a child comes home from school saying, “I hate my teacher!” don’t invalidate those feelings with logic, a lecture — “you shouldn’t feel that way” — or putting the child down. Instead, say, “Tell me more about that.” Then listen. Empathize with the feelings. When “all the angry air has been released from the balloon,” ask, “What could have gone on that your teacher would act that way?” You may not be able to walk in her moccasins, but being empathetic toward her, and acknowledging that there could have been a reasonable reason for her actions, helps the child to think past his or her own feelings.

One time, when my daughter Kathleen was a pre-teen, I saw her sitting out on the front porch crying. I joined her, sitting close to her, barely touching. I said nothing. She continued to cry.

I neither interrupted her sadness by touching her or talking to her. I just sat there. Soon, she blurted out, “Emily is mean. She says mean things and does mean things.” I sat there a few seconds more and then said, “Maybe Emily isn’t being taught to be kind at home.” Kathleen scooted under my arm, leaning into me, and we just sat there in the silence of our understanding.

Teaching kids to be kind at home requires a consequence for any act of unkindness. If, using my system (parentingsos.com), a child is docked 15 minutes of media time for each act of unkindness, it becomes too expensive for the behavior to continue. Most important is to model kindness. The “old-fashioned” ways of saying “please, thank you, excuse me, you’re welcome” are becoming a lost art. Those words are hallmarks of learning to consider not only the rights, but the presence, of others.

Kindness requires empathy, and empathy is taught at home. Ask questions like, “What would it be like to walk in that person’s shoes?” One of the skills I learned from my Buddhist friends is to consider there might be a reason for someone acting out or misbehaving. Instead of retaliating, I wait…and see if there is more to the story.

For more than 55 years, Sandy McDaniel has been an international speaker and recognized authority on families and children. Author of five books, columnist, founder of parentingsos.com, she is a resident of Meridian and loves spending time with her three Idaho grandchicks. Semi-retired, she speaks to schools, churches, and MOPS groups and provides parent coaching sessions in person and on the phone. She is available for parenting talks/trainings in the Treasure Valley and may be reached at sandy@parentingsos.com. Also, go to YouTube: Sandy Spurgeon McDaniel to see videos on specific parenting issues.