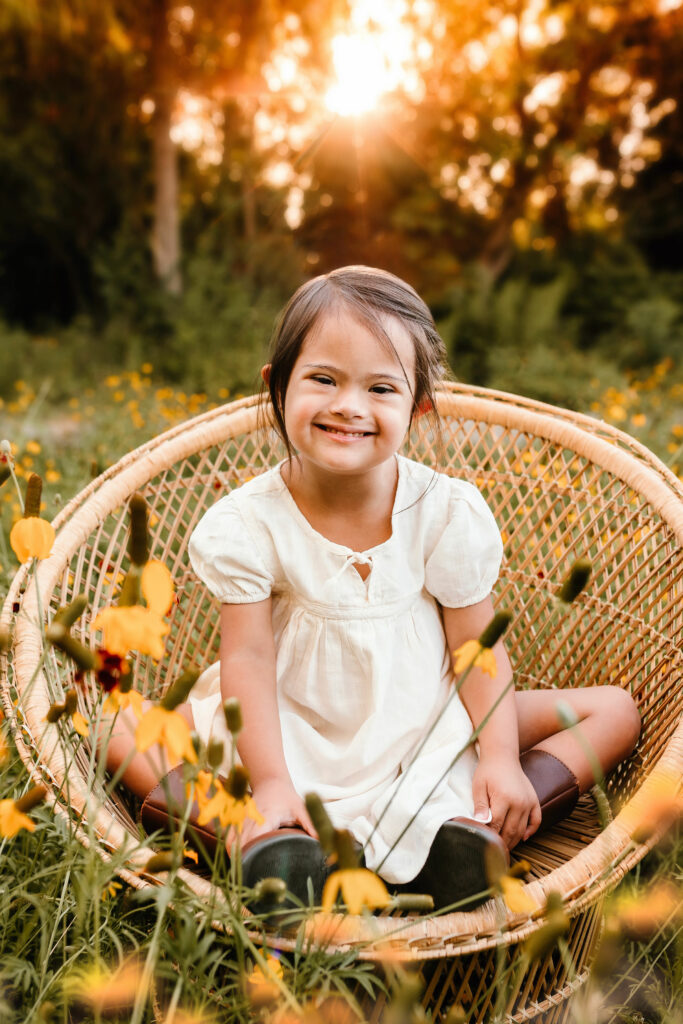 Caption for Just Sadie: Sadie, 4, is helping her family and others realize the value and beauty of a child with Down syndrome. October is Down Syndrome Awareness Month. (Photo by Arrowleaf Photography)