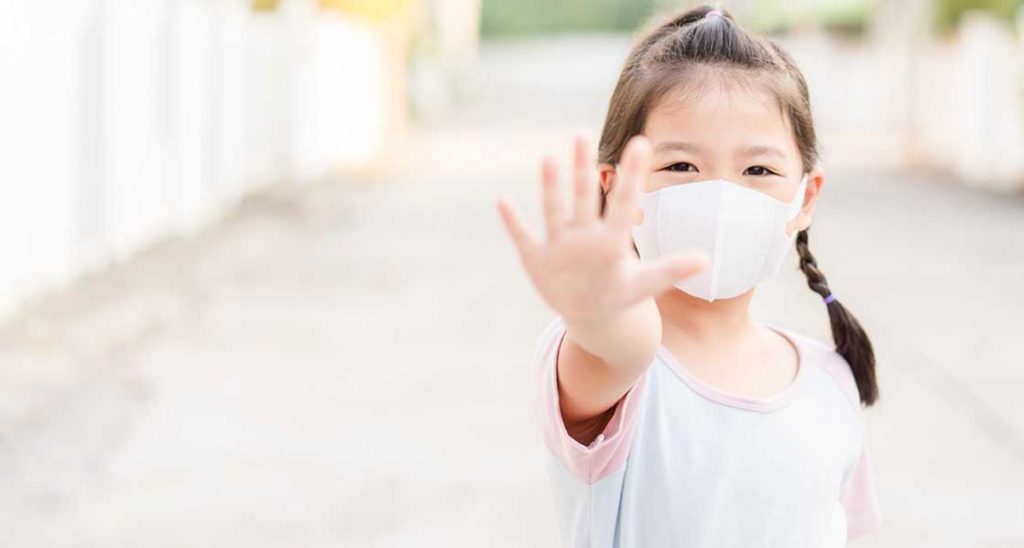 Pull quote: With the war on COVID-19 seemingly winding down for many Idaho families, I still may not be able to take my mask off and stop incessantly drenching my hands in hand sanitizer for a few more years.

I am a 21st century Hiroo Onoda.
For those of you who don’t know his story, he was the last Japanese soldier to surrender after World War II. Seems he held out in the Philippines for 29 years after the war was over and had to hear from his old commanding officer that the war was over before he threw in the towel.
With the war on COVID-19 seemingly winding down for many Idaho families, I still may not be able to take my mask off and stop incessantly drenching my hands in hand sanitizer for a few more years. I am, in essence, a 21st century version of Lt. Onoda, refusing to come out of my bunker.
Yet there is an end, I suppose. In fact, I can see it now… Years from now, I am in the post office wearing tattered shards of a surgical mask when the Post Master and a group of concerned citizens surround me and attempt to convince me that the COVID war is over. I cower in fear of the unmasked group, eyes searching wildly for a bottle of hand sanitizer.
“It’s over,” the growing mob froths repeatedly in a near chant. “O-V-E-R, OVER!”
Huddled behind a recycling bin, I refuse to believe them, and then a rubber-gloved hand pushes a cell phone towards me. “It’s Dr. Anthony Fauci,” a disjointed voice says. “If he tells you it’s over, will you give up your mask?”
The COVID war is a war that has sort of ended. No ticker tape parades. No kissing random girls in Times Square. Nothing. Just folks in power declaring a great victory and saying it’s over. I hope they are right, because all of the precautions my wife and I have taken since March, 2020 were aimed at keeping not just us, not just our immediate family, not just our friends, but you and your family and friends safe. Dozens of face masks, gallons of hand sanitizer and rubber gloves later, we hope it was worth it.
Like any veteran who has experienced combat, I am certain I will look back at our personal skirmishes and outright battles that have come from COVID. And like most wars, this COVID war was not without casualties; family splits over the politicized and polarizing views taken by many; friendships dissolving because of differing views on the need for precautions, of not wanting to dine out or travel or visit. Small things, but things that somehow grew grotesquely large and unmanageable. Simply put, the whole thing has sucked.
So, has it been all bad? No, I suppose not. I managed to start 137 different projects while sequestered. I think after checking off “clean my bookshelf,” I still have 136 to go. I have learned to listen more closely to my wonderful wife and to more fully understand all of the myriad things she does to keep things on an even keel even though I am convinced the sky is falling.
I spend a great deal of time emailing or talking with my adult children. Oddly enough, they really are adults with deep insight into subjects vast and varied. I have learned to be their student, rather than their teacher.
Speaking of learning, I took this time to begin to learn Russian. Can’t say why, it just seemed like something I wanted to try. It’s tough sledding but I am learning. My wife thinks I am going to send for a Ukrainian bride when I become conversational. Fat chance, unless she wants to discuss colors, numbers or the Cyrillic alphabet. My self-directed, COVID-influenced and internet-powered learning system has its limitations, it seems.
Perhaps the biggest change for me directly has been photography. I enjoy motorsports and automotive photography and COVID cancelled or changed many of the events I normally would cover. So what to do with an armload of cameras? I am learning to shoot tabletop photos.
If you do it, you know that it is challenging. If you don’t and you have a camera, you should give it a try. It’s addictive and a heck of a lot of fun.
Most importantly, I would think, is that we have learned to adapt to a potentially dangerous world and, so far, to emerge stronger and wiser and perhaps just a bit more appreciative of one another and of our world.
And like my historic doppelganger, Lt. Onoda, I hope to step fully out of this jungle knowing I have done what is right and to live a healthy life to its fullest.

To see some of Dennis Lopez’s photos, go to Flickr at https://www.flickr.com/photos/fotomundoamerica/.