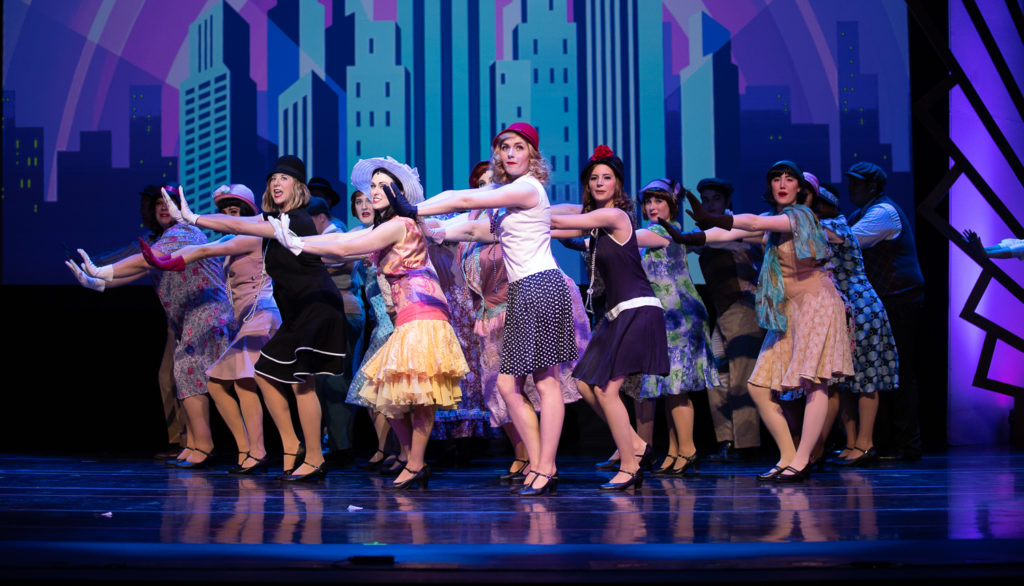 There aren’t many things in life that last 102 years. Boise Music Week is a notable exception. The annual event began in 1919 and is still alive today thanks to the dedication of its volunteers, valleywide interest, and the local community’s commitment to keeping a longstanding tradition alive and well.

“I feel it’s really worth it. We get a lot of great response from people,” she said.

This year, there will be 25 events in 13 days spread mostly throughout the downtown core of Boise, in venues such as the Boise Public Library, the Idaho State Historical Museum, the Morrison Center, St. Michael’s Cathedral, Cathedral of the Rockies, the Egyptian Theater, Julia Davis Park, ExtraMile Arena, and the Borah High School Auditorium.

The performers in Boise Music Week may be amateurs or professionals, but they are all from the Treasure Valley — including people who moved away but briefly return to Boise to participate in their beloved Boise Music Week. Some act, dance, or sing only once; others take part every year; and still others are, according to Schumacher, “people who like to perform and just do it once in a while.”

Performers come in a range of ages also. There’s a School Night that features junior high and high school choirs, bands, and orchestras; and there are elementary school honor choirs.

“We encourage everyone to include young people in all the concerts,” Schumacher said. There is a chairperson and a committee for every event, and there are 32 committees in all.

Boise Music Week is not only cross-generational but cross-cultural as well. There is an International Dance Night at Borah, with performers from cultural centers in the area.

Perhaps most importantly, everything is age-appropriate for all attendees. Even this year’s performance of “Into the Woods” at the Morrison Center will be “light-hearted, comical, and family-friendly,” Schumacher said, despite the original play’s intertwined plots of Brothers Grimm and Charles Perrault fairytales that include a curse-making, evil witch.

An event of the scope and size of Boise Music Week doesn’t come together in a handful of weeks. Planning is a yearlong process. “Last year, the morning after the last performance, I had a meeting to start planning this year,” Schumacher said. No time to take a breath.

“Our treasurer is busy all year round, taking donations, paying bills,” she said. “And all the board members are also very dedicated.”

A lot of them have served for many years, but a focus of Schumacher’s when she was named president was to enlist new board members, with fresh ideas and input.

“I brought in a lot of new board members — it’s a new generation for the next 100 years,” she said.

Despite the non-profit nature of Boise Music Week, funding is still fundamental to its success. The non-profit operates on donations from the community, corporate sponsors, and the occasional small grant, such as a Boise City Arts Council grant.

Donations are taken at events and through the website.

Boise Music Week is not just a part of the community during a single time of year either. “’Boise Music Week’ is our brand, but we’re not limited to that,” said Schumacher. “We entertain at Boise Towne Square Mall at Christmas and sponsor floats in three different parades in the valley and have won awards in each.”

As for the holiday concert in the mall, she said, “The focus is on giving local musicians a chance to perform. Also, there’s an influx of people to this area who don’t know about Boise Music Week, so we use this opportunity to hand out information.”

“Boise Music Week has been consistent for 102 years. Other cities have tried similar programs but didn’t make it,” Schumacher said.

A brief history at boisemusicweek.org reads in part: “When Eugene A. Farner returned to Boise from serving in the U.S. Army in World War I, he came home with a vision: He wanted a first-class musical celebration showcasing talent from Southwestern Idaho, and he wanted to make sure there would never be a charge for the event. Mr. Farner, the director of music at St. Michael’s Episcopal Cathedral and the Boise Civic Festival Chorus, shared that vision with his friends and community leaders and in May 1919, Boise Music Week was born.”

On the event’s 100th year, a board member did some sleuthing and located two of Farner’s granddaughters. They were invited to the centennial of Boise Music Week and, in Schumacher’s words, “were totally blown away and amazed” when they attended and realized their grandfather’s dream was still alive.

“They were able to go into St. Michaels, where they’d gone as children, and experience concerts on the same organ that their grandfather had played,” Schumacher said.

Schumacher said when she became president that she wanted to keep things focused in Boise, and by that she meant the venues. Thousands of people from throughout the valley participate in and attend the programs, but when she was approached by other communities to hold performances in their cities, she politely declined, believing that Boise Music Week should remain in Boise.

But the special week is very valley-friendly. Everyone is welcome, and if opportunities to perform were missed this year, Boise Music Week will be under the auspices of incoming president Shannon Smurthwaite next year, and the event will still be firing on all musical cylinders in its 103rd year, so watch for audition and other news on its website. And treat yourselves to the free and edifying events that mark the special week in the City of Trees of the Gem State. It’s a one-of-a-kind opportunity and a one-of-its-kind, award-winning program.