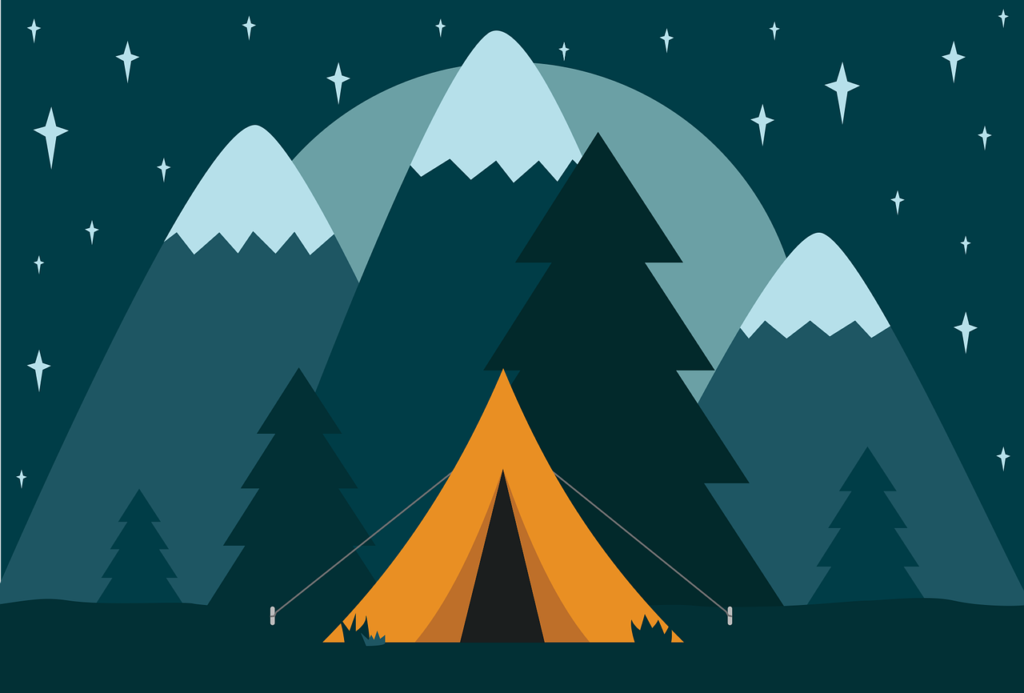 I hate my brother, Terry, and I’ll tell you why: we went camping.

See, I used to camp. When I was a kid, we lived in northern Idaho in the mining community of Mullan. It was a simpler time in America when it didn’t seem too outrageous for my mom to allow me to join a group of other seventh grade boys and go camping for a week or longer. While these trips generally became something akin to a chapter out of “Lord of the Flies,” I recall they were a lot of fun.

In the army I “camped” a lot, and the allure of living in the dirt quickly faded. In college I backpacked throughout the Midwest and along the Appalachian Trail many times. Good equipment and a good hiking companion made the trips seem bearable. Almost.

Out of college and into my career, I began to see “roughing it” as those times when I couldn’t make reservations and had to stay in a low-budget motel room rather than a Hilton. Hard times included no room service or turn down service. And even the most primitive of motels offered a flush toilet and a shower.

My career mercifully never left me much time for camping. As a result my kids never really were into it much either. Personally, I think it was the bizarre father-son trip put on by our religious organization that did the trick. All went well until we were besieged by raccoons during the night because one of my boys had smuggled food into our tent and the critters wanted their cut. I think the “Night of the Trash Pandas” incident cured both of my sons from wanting to sleep in the great outdoors again.

Now in retirement, the concept of camping again was as remote as base-jumping off the Perrine Bridge — interesting to intellectually contemplate, but without the slightest hint of desire or motivation to ever do so.

So what does my brother have to do with this? A couple of summers ago, he talked me into going camping. As kids we’d camped together before, but today we are retired guys with all of the quirkiness, aches and pains and idiosyncrasies of men our age. Yet there we were on a bright June morning, standing on the shore of Anderson Ranch Reservoir looking at a mountain of gear packed into the back of my brother’s truck.

I’m pretty sure erecting the tent was the first step on the slippery slope to the permanent end of camping in my lifetime. It came in a box the size of a refrigerator. Photos on the side of the box depicted a smiling family sitting comfortably in front of what appeared to be a canvas castle. The tent had ROOMS! I’m pretty sure the box said there was a foyer, a large living room, dining area and three bedrooms. And a rain fly, whatever that is.

What it didn’t have were discernible assembly instructions. They were faintly printed in six languages on a crumpled tag the size of a postage stamp and sewn to the floor of the tent. Nor did it have any logical way the all-look-alike-but-function-differently aluminum poles, upon which this canvas behemoth was supposed to hang, could be identified and assembled.

Naively, we took a stab at assembling this circus tent, using the picture on the box as our guide. After countless attempts, I began to hate the little family smiling at us from the box. In fact, their smiles now were sneers of contempt at our bumbling. Somehow they had overcome the impossible and were enjoying their tent. Not us! In spite of our repeated efforts, it remained a heap of colorful canvas with odd bits of aluminum pole sticking out randomly.

After an hour of this, a guy and his 10-year-old daughter took pity on us as they were walking by. They put the big top up for us in less than 15 minutes.

By then it was time for dinner. And the camp stove would not light. And the ice had melted in our food cooler and most of our food was waterlogged. Dinner that night was smores and beer. Breakfast the next morning was just beer. We left for home at noon. I think the tent is still there.

I really hate my brother…but not as much as I do camping.